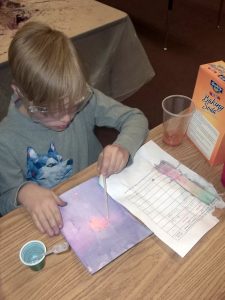 The Colors of Nature project was a collaborative effort between the University of Alaska Fairbanks, the National Optical Astronomy Observatory in Tucson, Arizona, and the University of Washington Bothell. Through a number of different activities that reach different audiences, we aimed to: 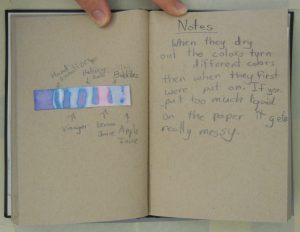 The project was supported by the National Science Foundation (Award number DRL-1224020).

The Colors of Nature project offered 2-week summer academies for pre-middle school-aged girls in both Fairbanks, Alaska, and Tucson, Arizona. The academies explored the biology and optics of the colors of nature through the lens of art.

Participants drew, created an animation, made a costume, observed birds and insects, explored UV light, messed around with pigments, and used scientific tools such as microscopes. They learned about foundational approaches in art and science, as well as how color is produced in objects such as feathers and butterfly wings. The final day of the academy included a public exhibit of student final projects.